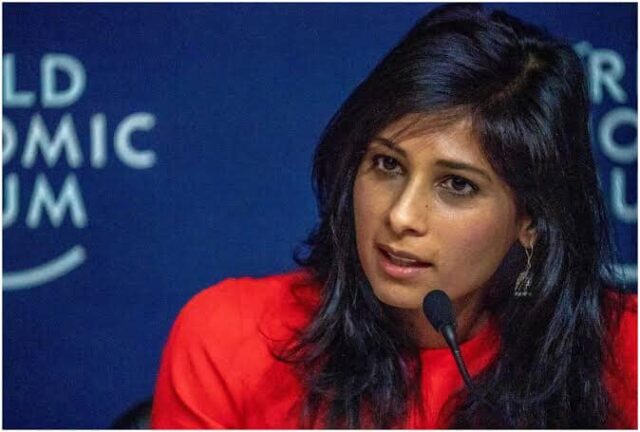 On the left : Prof Carmen Reinhart, on the right : Prof Gita Gopinath

Two of the most fundamental institutions of neo liberal economics – the IMF ( International Monetary Fund) and the World Bank have women as their chief economists now . Our own Prof Gita Gopinath (department of economics , Harvard) is at the IMF and just about some hours ago, Prof Carmen Reinhart from Harvard Kennedy School is appointed the chief economist at the World Bank. I have referred to Prof Reinhardt’s work on global financial crises for my own lectures . Her key focus being the problematic relationship between banking, currency, lending bubble and finally the crisis . A relationship that works uniformly through all neoliberal economic logic . Also , recently I had googled her latest work while preparing for the China lecture series and had come across her forecast for the Chinese bubble bursting with a strong insight into the fragility of the Chinese economic model .

Clearly, with the way the world is sinking into the biggest financial crisis as the post corona world order sets in , it is scholars like her whose work will rule the roost . I am not an economist by profession but whatever I have studied and understood I find the very logic of neoliberal economics faulty . We need a combination economic model. However , this news made my heart swell with pride again. More power to such women of substance .